“This award recognizes that change can come from within, and that what started out as a small-scale local initiative, can become a strong and meaningful movement. It is a great achievement to be able to depict Rohingya people advocating for tolerance and pluralism hand-in-hand with other ethnic and religious peoples. I hope that one day, diversity in Myanmar will not only be accepted but celebrated.”

THE CENTER FOR SOCIAL INTEGRITY’S STORY

Aung Kyaw Moe dreams of a day when people across his country of Myanmar see diversity as a source of strength, rather than a source of conflict. Inequalities will be addressed and minority groups will finally be included in meaningful ways across social, economic and political spheres.

Armed with this vision, in 2016, Aung Kyaw Moe assembled a diverse team and created the Center for Social Integrity (CSI). Its aim is to develop a non-discriminatory and inclusive society in Myanmar where pluralism is valued. CSI works with youth from conflict-affected regions, giving them the skills and opportunity to build a peaceful, pluralist society.

To build a future free of conflict, CSI is cultivating a generation of young leaders with pluralistic mindsets. CSI provides youth with training on conflict sensitivity, social cohesion and peacebuilding. The only project of its kind in Myanmar, it is often the first opportunity for youth to interact with people from other religions or ethnic groups. Already, these young leaders have become powerful agents for change in their communities, resolving tensions, mediating conflict and spreading respect for diversity.

The organization was founded by Aung Kyaw Moe – a Rohingya humanitarian professional – and CSI’s staff and stakeholders all come from the same regions as its youth participants. This highly localized leadership gives CSI’s staff a deep understanding of the conflicts between different communities and access to communities that other peacebuilding organizations and international NGOs cannot reach. This enables them to work with people who might otherwise be reluctant to engage.

This unique positioning was particularly critical in 2017 when an outbreak of conflict forced nearly 700,000 Rohingya to flee their homes in Myanmar’s North Rakhine State to seek refuge in Bangladesh. CSI was one of only a few organizations with access to the conflict-affected communities, as well as a deep understanding of the longstanding social unrest. In the past, various NGOs and UN agencies have been accused of partiality in their delivery of humanitarian aid, which exacerbated tensions in the area. CSI provided humanitarian aid in a completely impartial manner. Though it was a sensitive endeavour, the organization delivered aid to anyone who needed it, regardless of ethnicity or religion. In just three months, CSI was able to reach 80,000 people. By addressing the human need without prejudice, CSI demonstrated that its compassion does not have limits, and that its respect for human dignity transcends all divisions.

Aung Kyaw Moe understands that in order to build sustainable peace in Myanmar, there needs to be a shift in attitudes around diversity. CSI is making this possible by empowering young leaders from diverse communities to engage in dialogue and become agents of change in their communities. This new generation of pluralistic thinkers can help to build a society that is not just free from harm, but one that is vibrant and cohesive – not despite its diversity, but because of it. 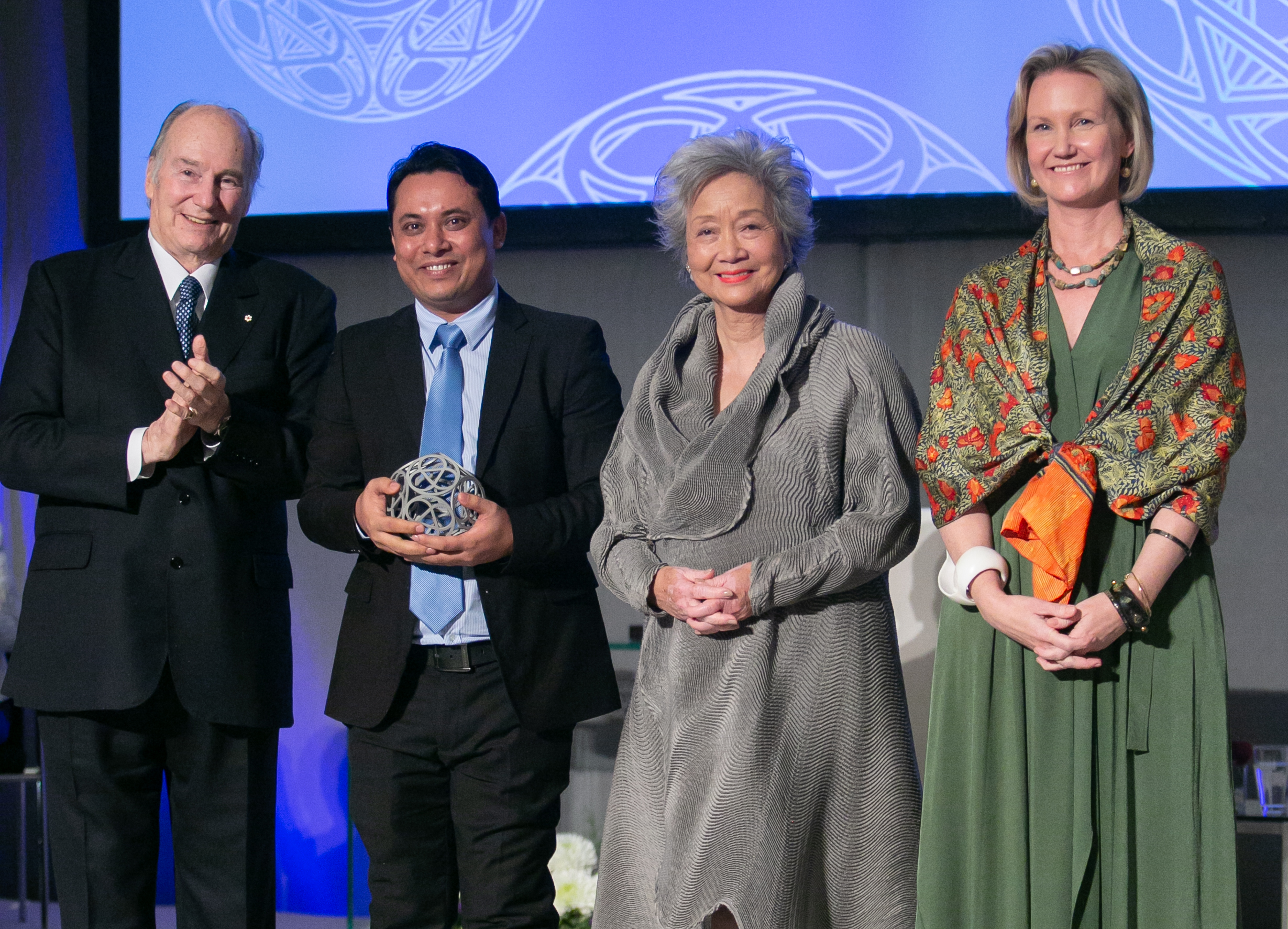 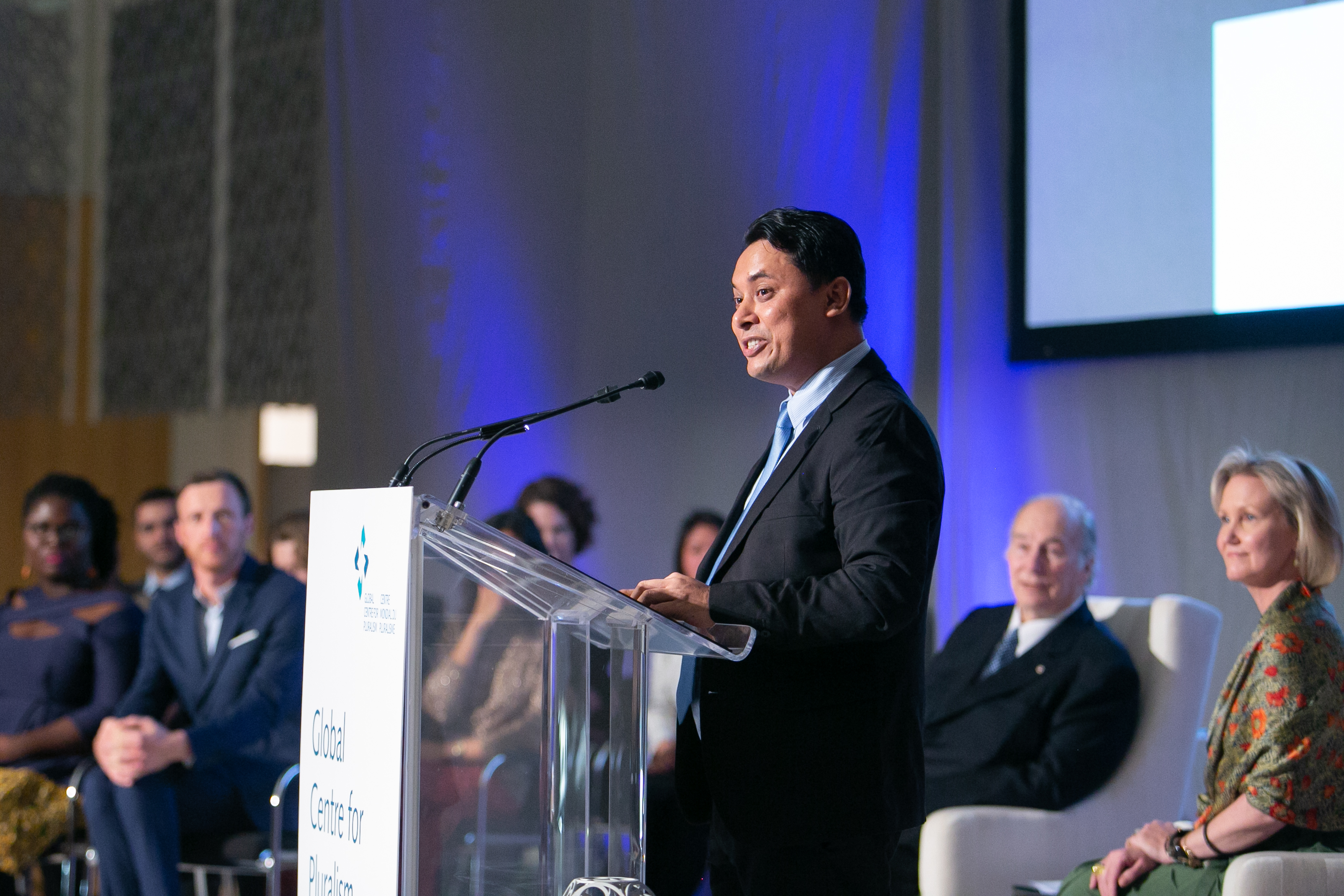 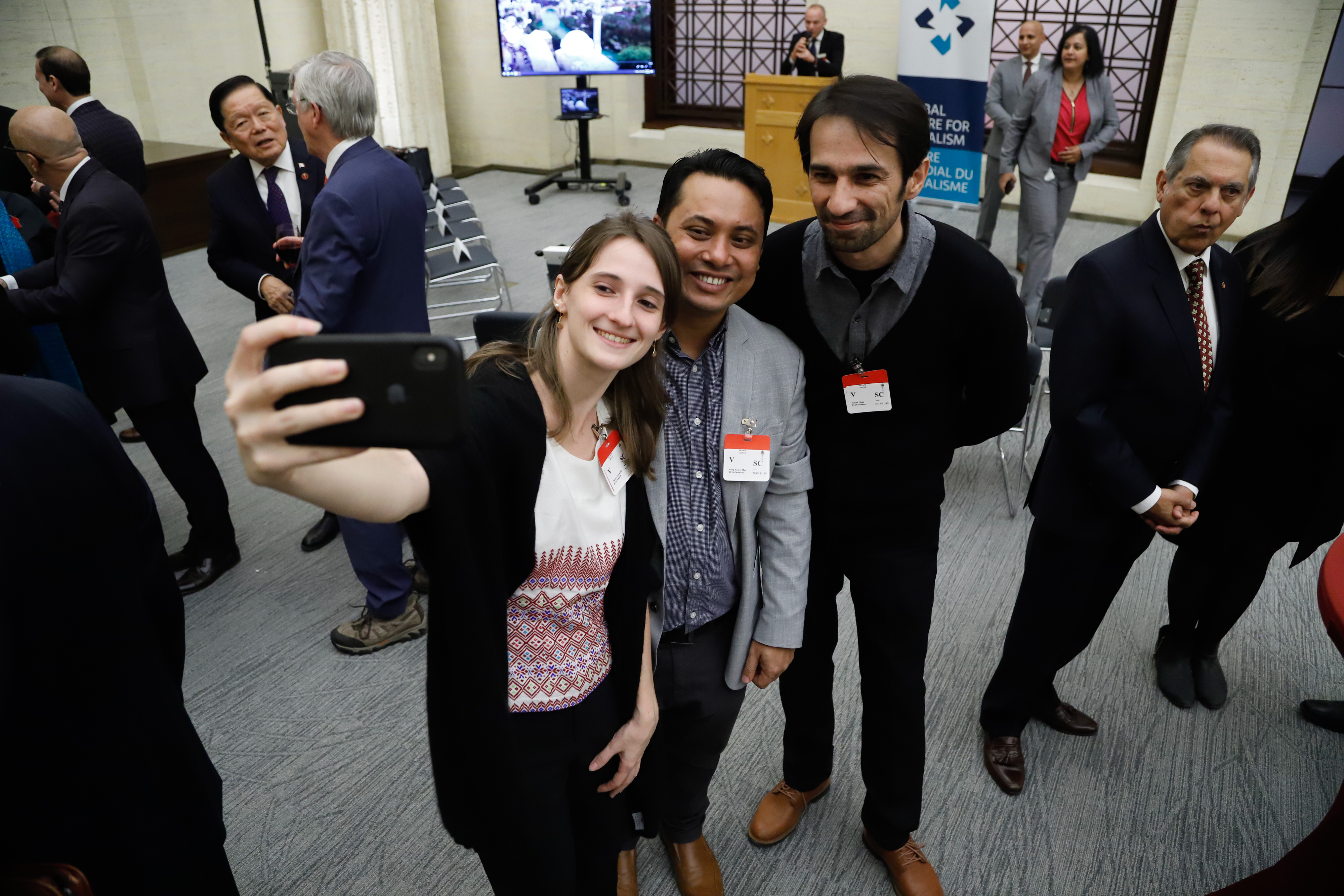 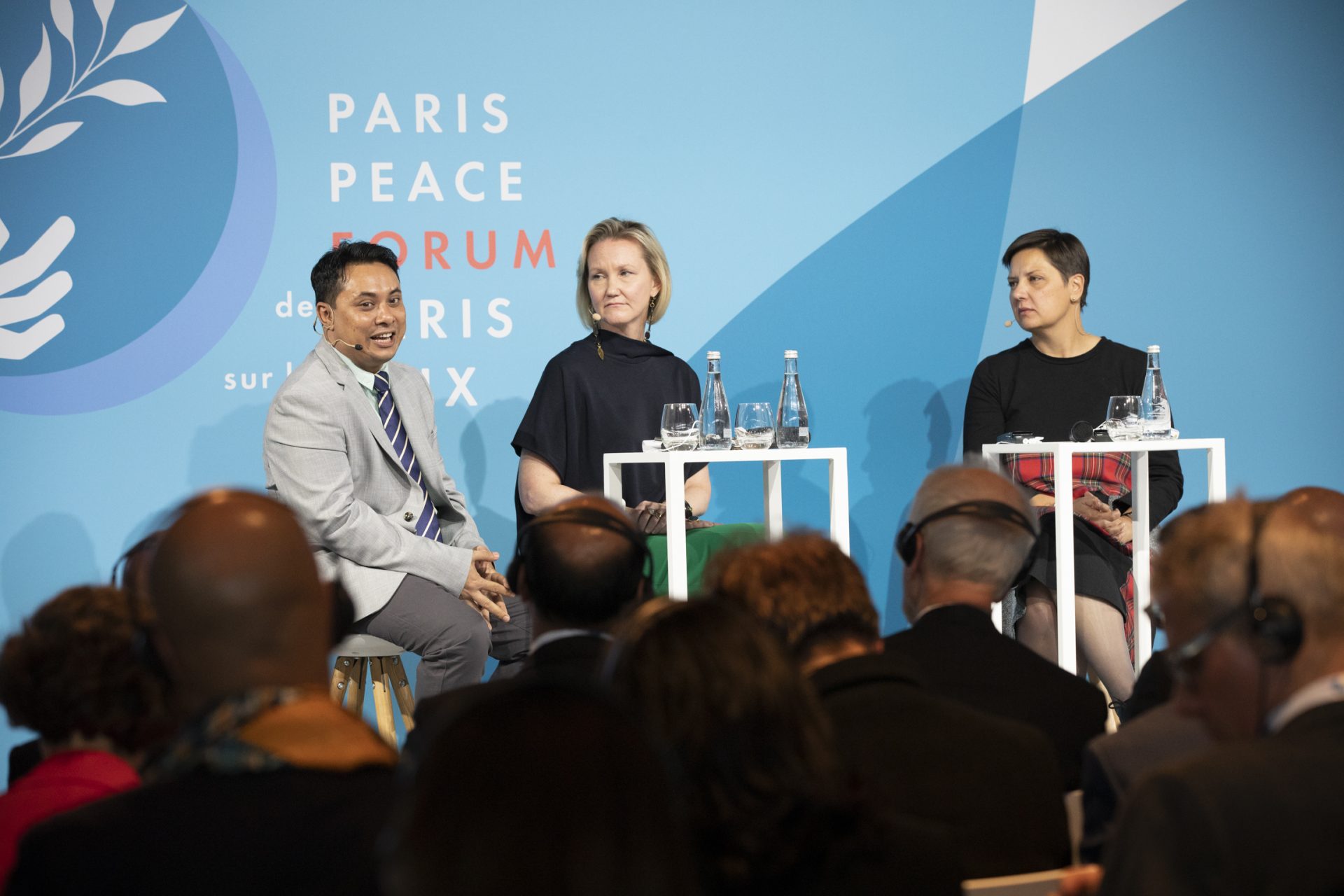 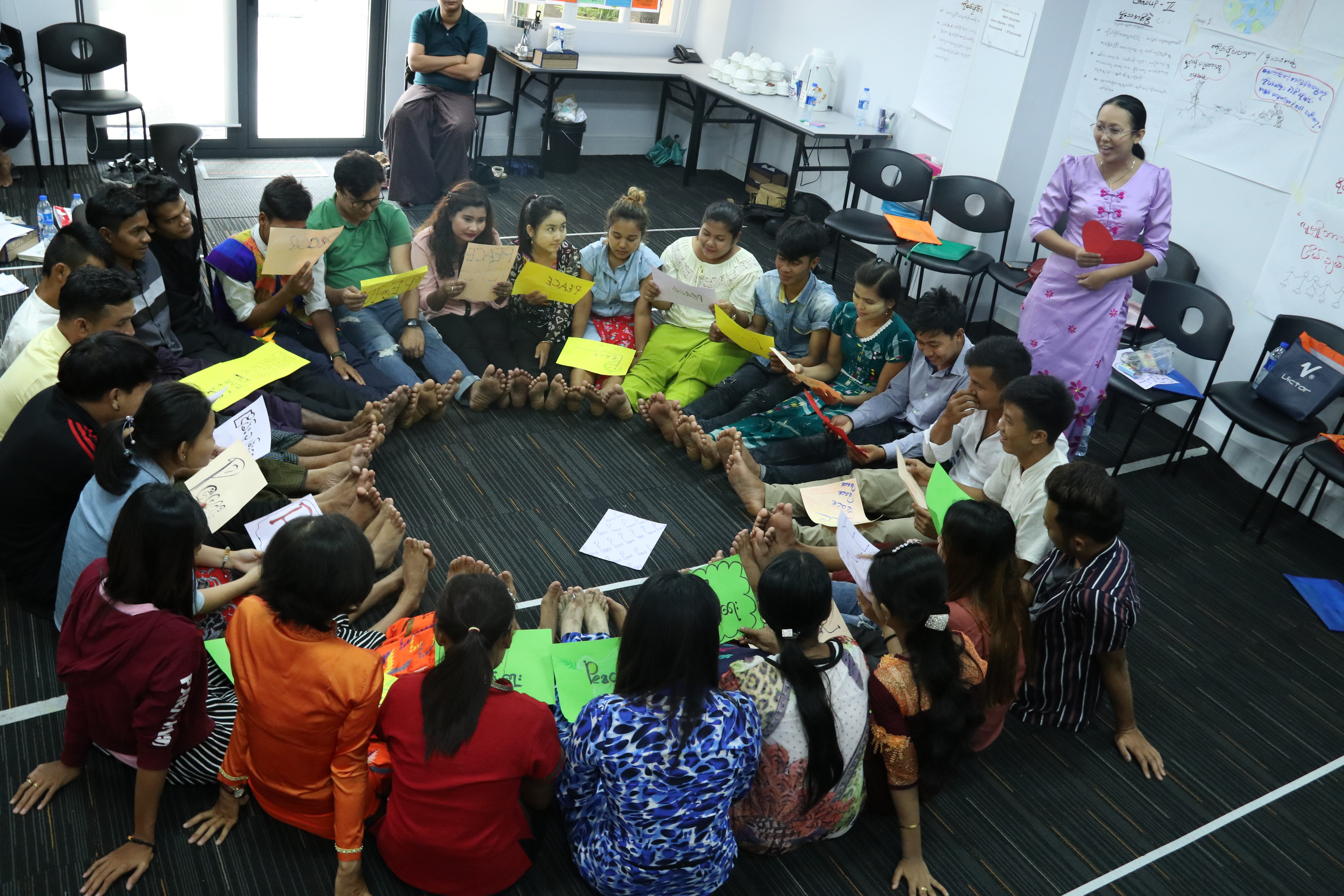 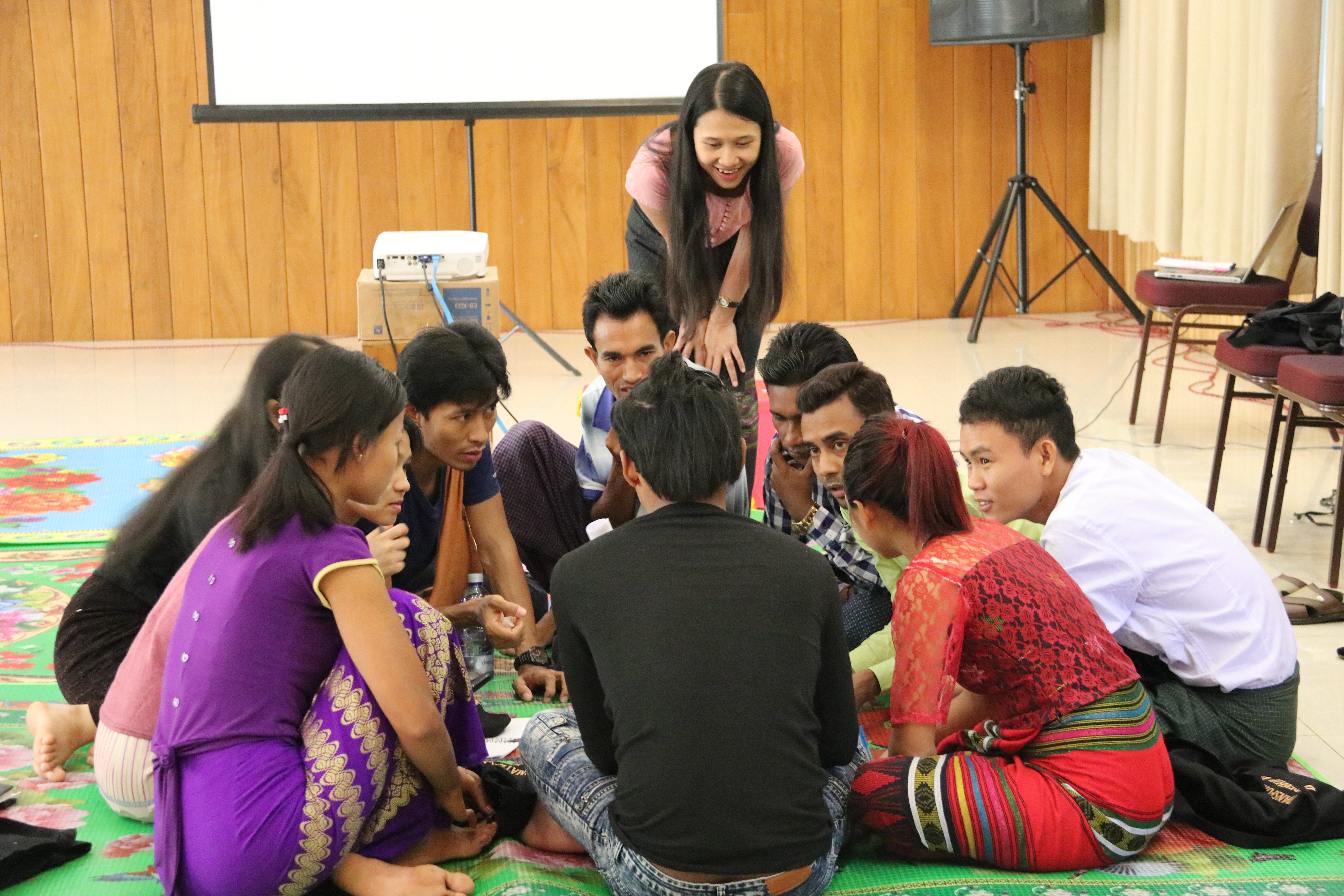 With over 135 different ethnic groups, 110 languages and a wide range of religions, Myanmar is an incredibly diverse country. A British colony for more than 100 years, the nation declared independence in 1948 but was then ruled by a series of authoritarian military governments until 2011. The country’s transition to democracy has been marked by widespread social unrest as well as ethnic and religious persecution. Historic discrimination faced by minority ethnic groups has led to grievances and, ultimately, sectarian violence. The turmoil is considered to be the world’s longest ongoing civil war.

Among the persecuted groups in Myanmar are the Rohingya – a stateless Muslim minority in a heavily Buddhist country. Myanmar’s government denies the Rohingya citizenship, claiming that they are illegal immigrants from Bangladesh, though many have been there for generations. Bangladesh also denies that they are its citizens. The Rohingya’s movements and access to employment are severely limited. They have suffered mass atrocities at the hands of the military and have been forced to flee.