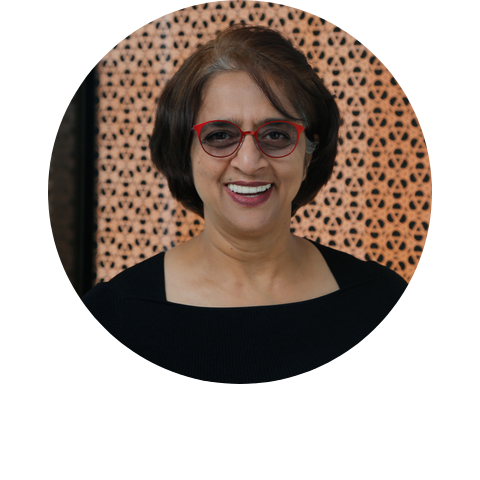 SIVA KUMARI
CONTRIBUTED TO THE GLOBE AND MAIL

Teachers have one of the hardest jobs on the planet. In a world where social-media echo chambers reverberate with hyper-partisan rhetoric and sensational voices, teachers are up against an overwhelming tsunami of information – drowning out time for deliberation and discussion to find the middle ground among widely different viewpoints.

Teachers have an opportunity to equip our students – our next wave of humanity – with the empathetic, critical and forward thinking needed to solve today’s local problems with a global mindset.

They must convey to their students that their actions and decisions, as tomorrow’s leaders, will not only affect the people around them – who look and think like them. Because of our interconnectedness, how students choose to invest their money, their time, their attention, how they consume, what they opt to say or not say will have a much wider impact.

Giving our young people a broader appreciation for the different viewpoints and values that exist around the world is crucial to a sustainable, prosperous and peaceful future for all. In the uncertain world that our young people will inhabit, this grounding in humanistic values will serve them ever more.

The Global Pluralism Award, offered by the Global Centre for Pluralism, was envisioned by the Aga Khan, chair of the centre’s board, as a way to celebrate pluralism in action. From among more than 500 applications from 74 countries, today we announced the winners. From the Balkans, Ghana and Myanmar, the winners are truly inspiring examples of educators and leaders shaping a new generation of thoughtful and open-minded young people.

In the Balkans, the challenge of introducing a more tolerant world view is complicated by teachers’ own biases. The “Learning History that is not yet History” project, one of the award winners, is run by history teachers from Bosnia and Herzegovina, Croatia, Montenegro and Serbia, who grew up amid the conflicts of the 1990s in former Yugoslavia. They have likely been brought up by family members who malign certain groups and heard their politicians leverage identity politics.

Now, they are coming to terms with the past and teaching their students to embrace the differences in their communities and push back against ethno-nationalism. They are pioneering approaches to teaching about the 1990s wars that critically assess narratives of exclusion. So when their students take on the leadership roles in their society, divisions along ethnic, religious and social lines will not be perpetuated. Such work is closely aligned with the mission of the International Baccalaureate.

Helping students understand multiple perspectives is particularly difficult when the resources are not available. For instance, the vast majority of books for youth in Africa offer only westernized interpretations of the world. How do children come to appreciate the richness of African culture without access to stories from their own continent? Award winner Deborah Ahenkorah of Ghana wants to change this. She started a social enterprise, Golden Baobab, dedicated to bringing African stories, written by African authors, to African children.

When children see themselves represented in literature, they develop a deeper appreciation for their own culture and their place in it, which makes them more open to engaging with the diversity of people around them. Ms. Ahenkorah’s books are making their way into African schools, where children are finally able to access stories they can relate to and develop a more pluralistic view of their world.

When youth are raised with the ability to empathize and build connections across difference, young leaders such as Aung Kyaw Moe emerge. A Rohingya humanitarian, he founded the Center for Social Integrity in Myanmar, the third award winner. He believes that building sustainable peace in Myanmar will require shifting the next generation’s attitudes on diversity. His organization is training youth from conflict-affected regions with the peace building skills to resolve tensions and mediate conflicts.

The only project of its kind in Myanmar, it is often the first opportunity for youth to interact with people from other religions or ethnic groups. Teachers are leading the charge and youth are responding. Inspiring, entrepreneurial young leaders such as Ms. Ahenkorah and Mr. Kyaw Moe are embracing the challenge to build a society that is not just free from harm, but one that is vibrant and cohesive – not despite its diversity, but because of it.

The Global Pluralism Awards will be presented on November 20, 2019 at a ceremony in Ottawa.