“The jury was impressed by Rupantar’s creative approach of using cultural performances to address sensitive social issues. Rupantar is truly working at the grassroots – mobilizing the most vulnerable in Bangladesh, including women and youth – to help build a vibrant democracy.” 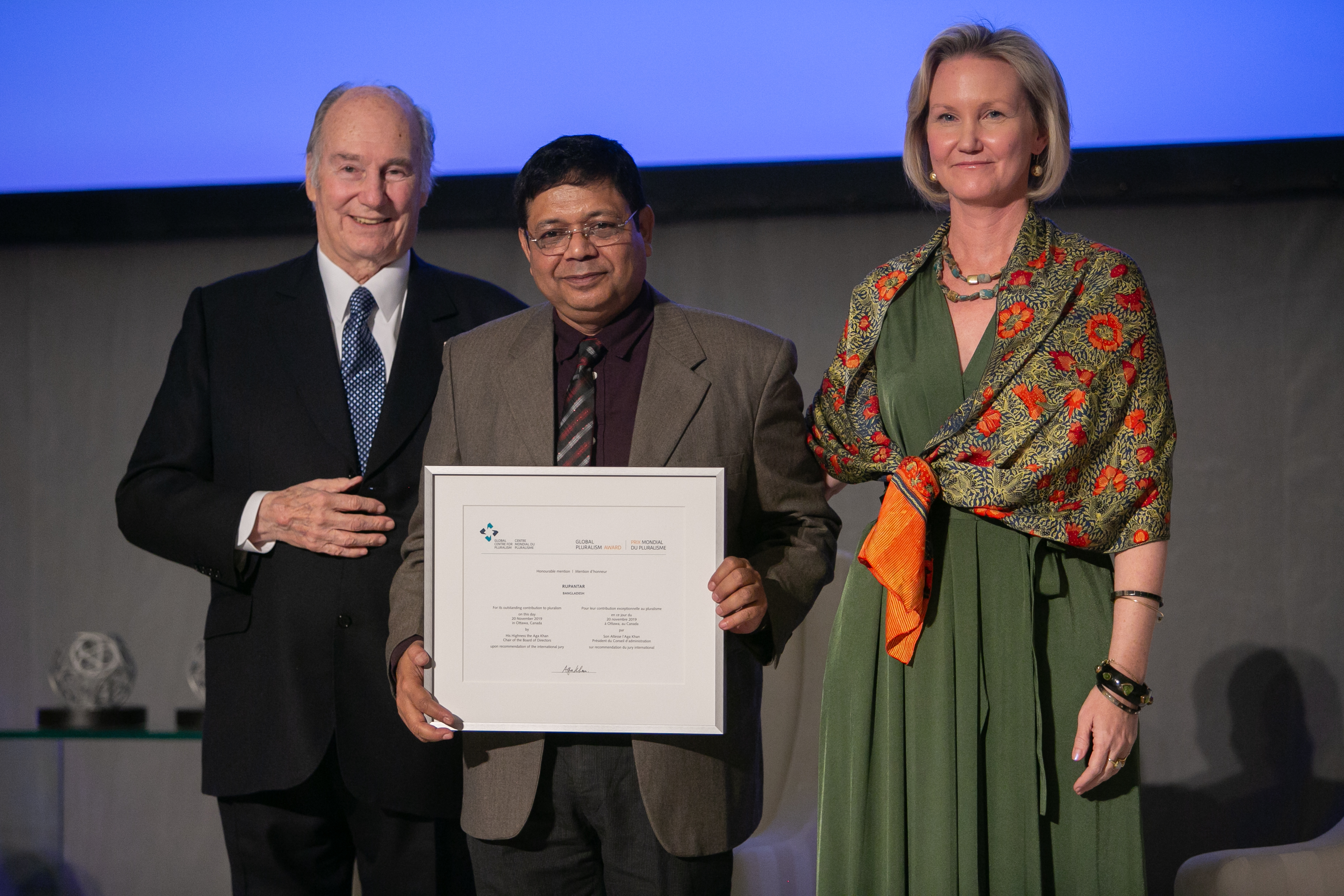 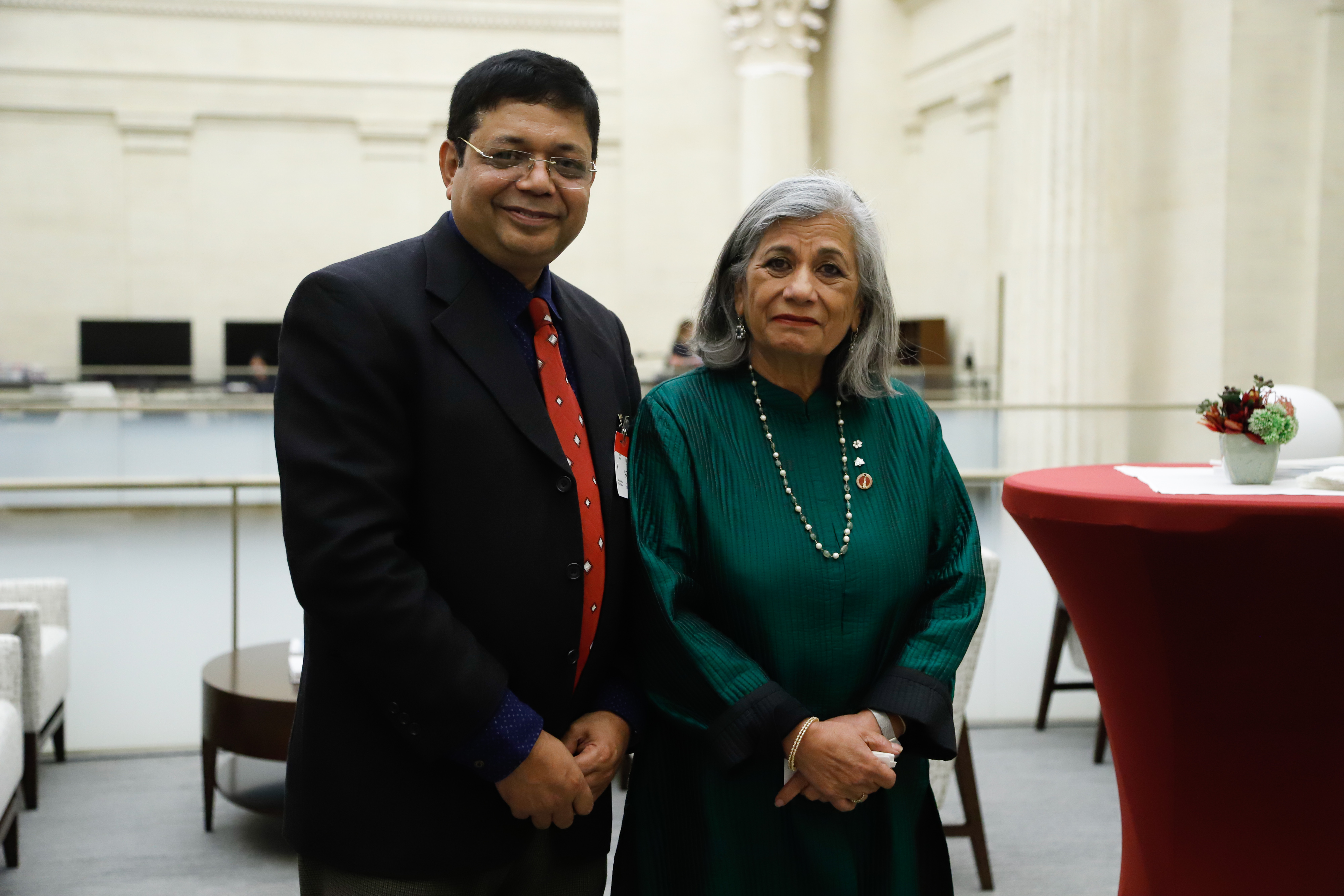 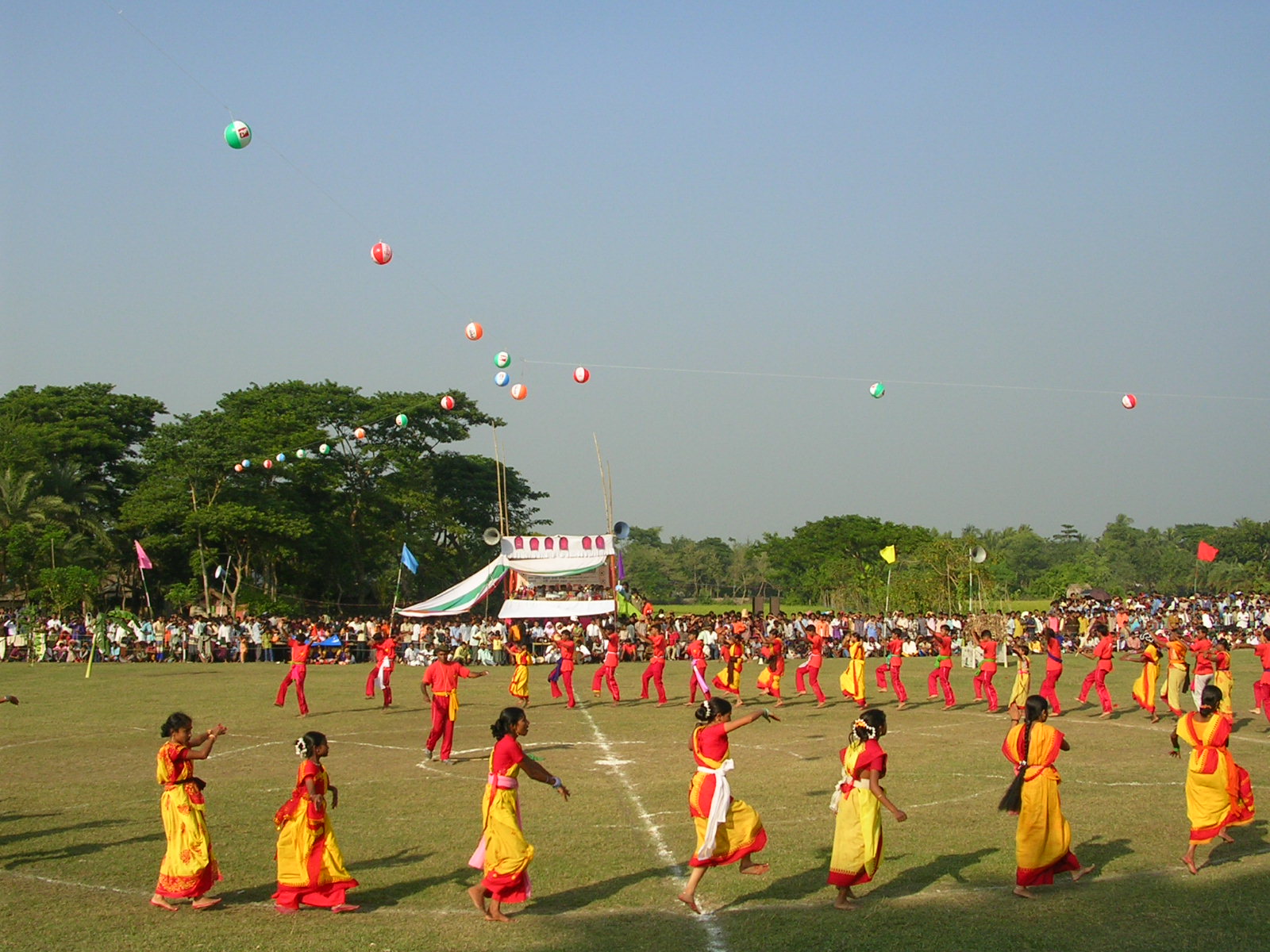 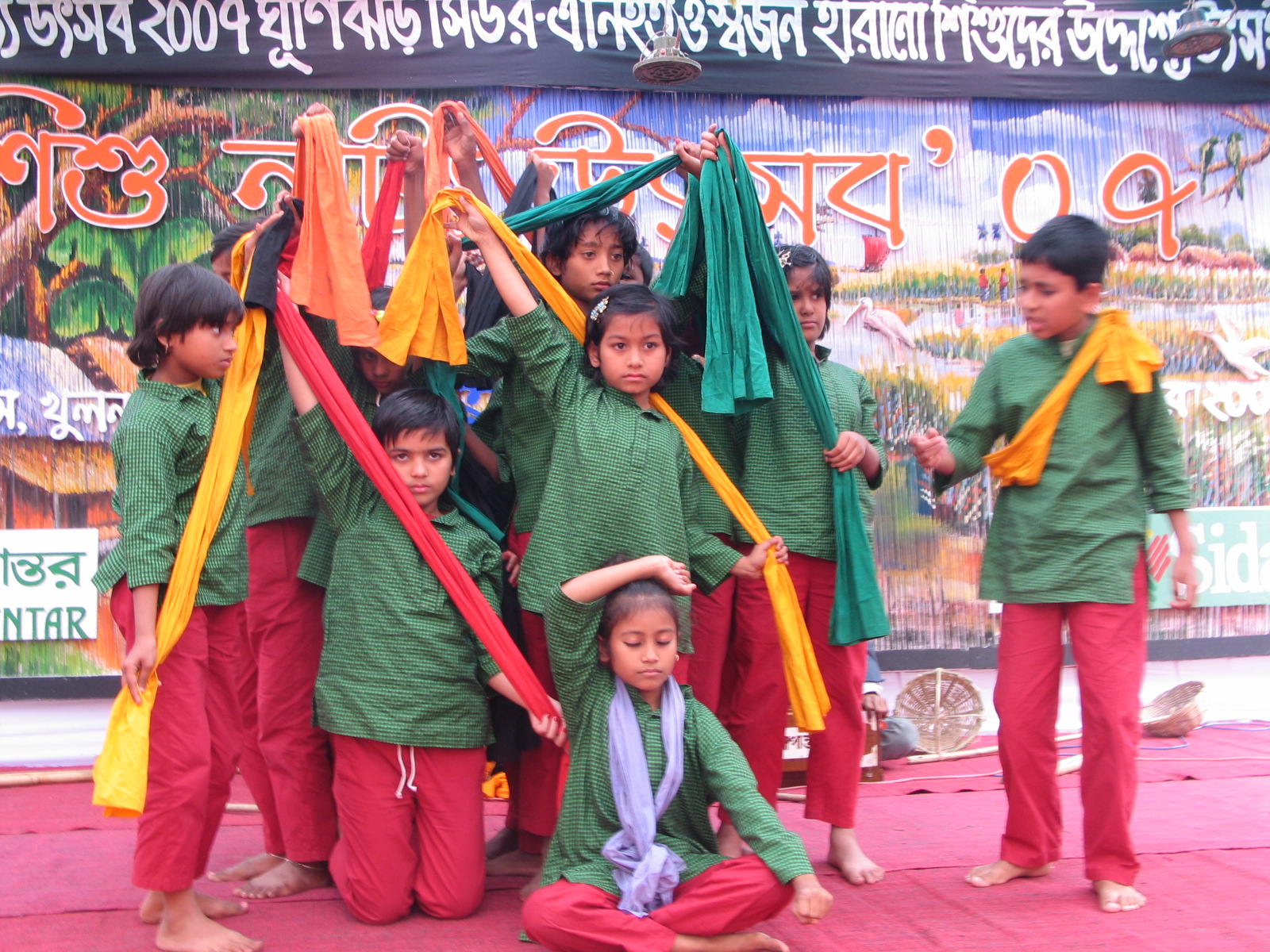 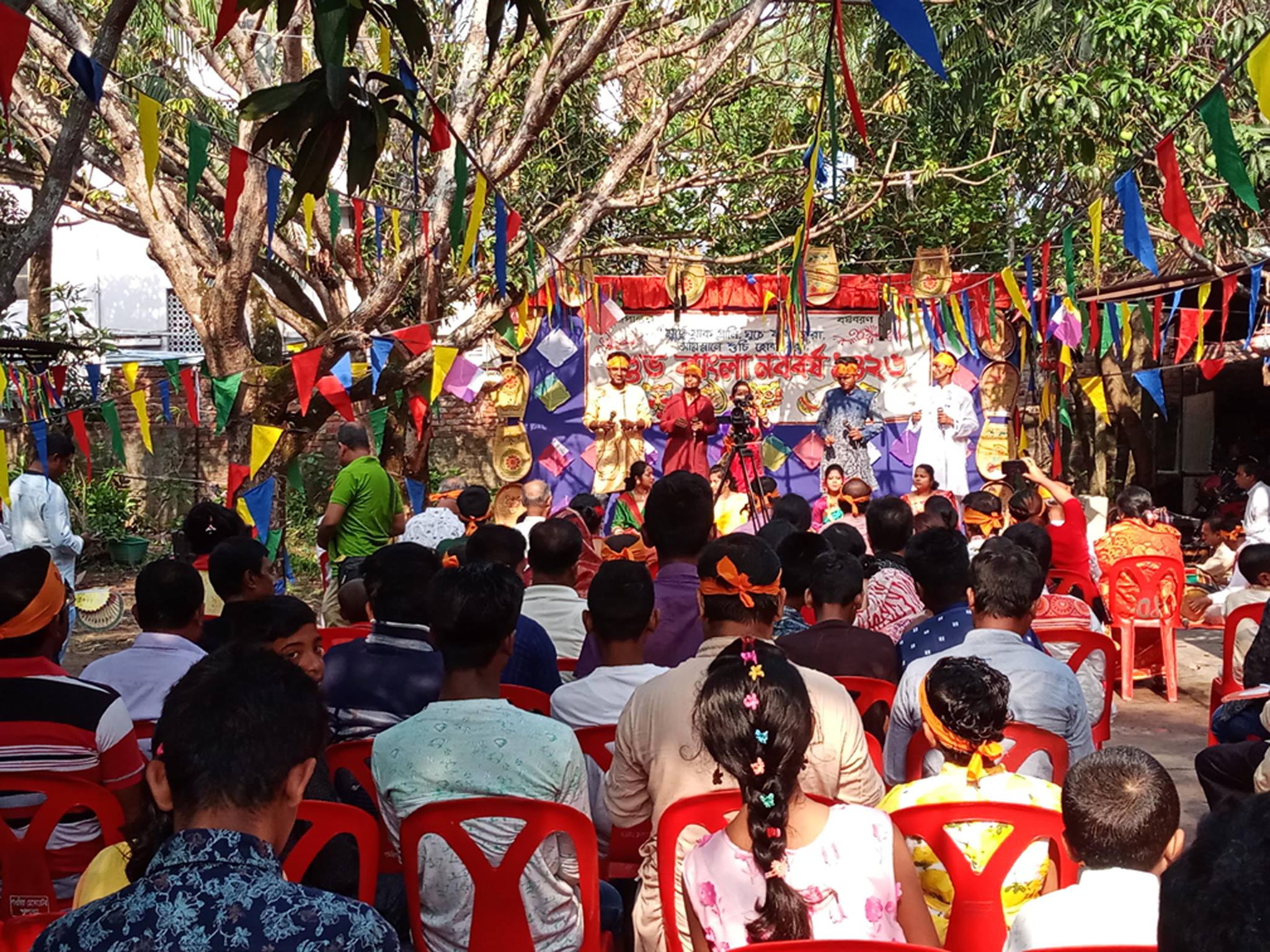 Dressed in colourful costumes, performers sing, dance and play instruments on an outdoor stage. “Human rights are violated time and again,” they sing, “and yet the people are not vocal.”

While entertaining, the performance is also a call to action, urging the audience to claim their rights and protect their vulnerable populations. This is a traditional form of popular folk performance called a pot song. It is also one of the many tools used by the non-profit organization Rupantar to address pressing social issues in Bangladesh.

Rupantar, which means “transformation,” has been working in Bangladesh since 1995. The organization was founded by two individuals from different religions who shared a common vision for a just society. In such a complex setting, Rupantar has adopted a truly holistic approach to encourage social change and promote pluralism. Their work covers five programmatic areas: democracy and political empowerment, peace and tolerance, disaster management and climate change adaptation, children and youth rights, and cultural dialogue through popular media and folk theatre. With a diverse staff of 525, the organization is the largest awareness and social mobilization organization in Bangladesh.

Rupantar works at the grassroots level to empower vulnerable populations to be agents for change in their communities. They are especially successful in mobilizing women and youth leaders. For example, since 1998, Rupantar has helped set up 32 government-registered women’s organizations, empowering women to run for and win seats in local elections. Rupantar has also been successful in implementing the Promoting Engagement and Actions for Countering Extremism (PEACE) initiative, which connects youth from different social groups to promote tolerance and pluralism in their communities. They have run more than 200 faith-based dialogues in which Muslim, Hindu and Christian leaders develop action plans to combat extremism.

Rupantar’s work is extensive. Sometimes it takes the form of a dialogue between religious leaders. At other times, it is a pot song on land rights or a climate change awareness campaign. In such a complex country, their approach has to be multi-faceted. What is constant is the organization’s goal of mobilizing Bangladesh’s diverse population to create lasting peace, stability and vibrant democracy.

Bangladesh is one of the most densely populated countries in the world with considerable religious and ethnic diversity. The country’s history is marked by periods of colonial rule, poverty, famine, ethnic tension, political turmoil and military coups. Bangladesh continues to experience substantial economic and social change and faces a number of challenges, including political instability, corruption and discrimination. In recent years, the country’s social unrest has been exacerbated by violent attacks from extremist groups, reports of abuse by law enforcement and a humanitarian crisis caused by the arrival of approximately 740,000 Rohingya from Myanmar.