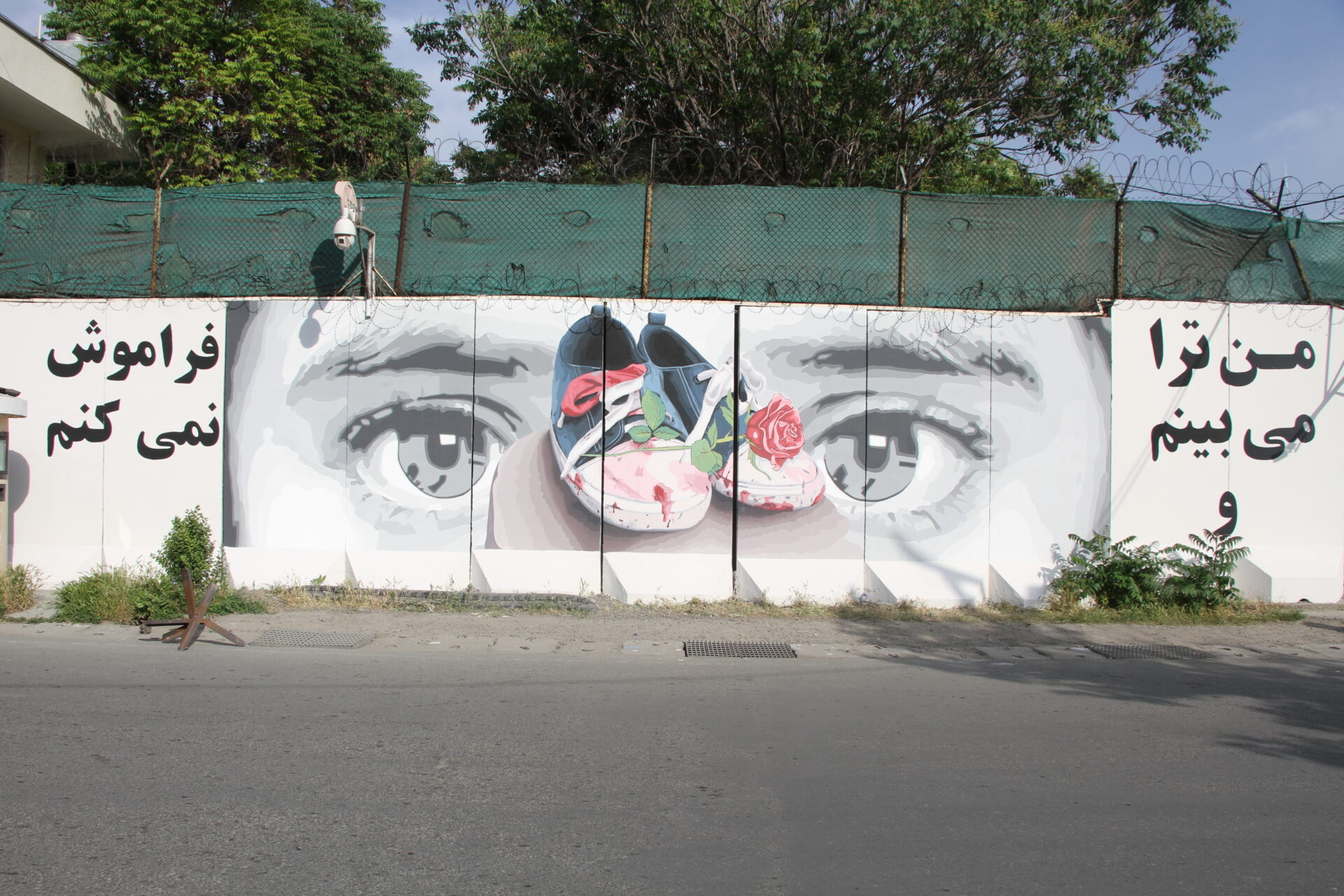 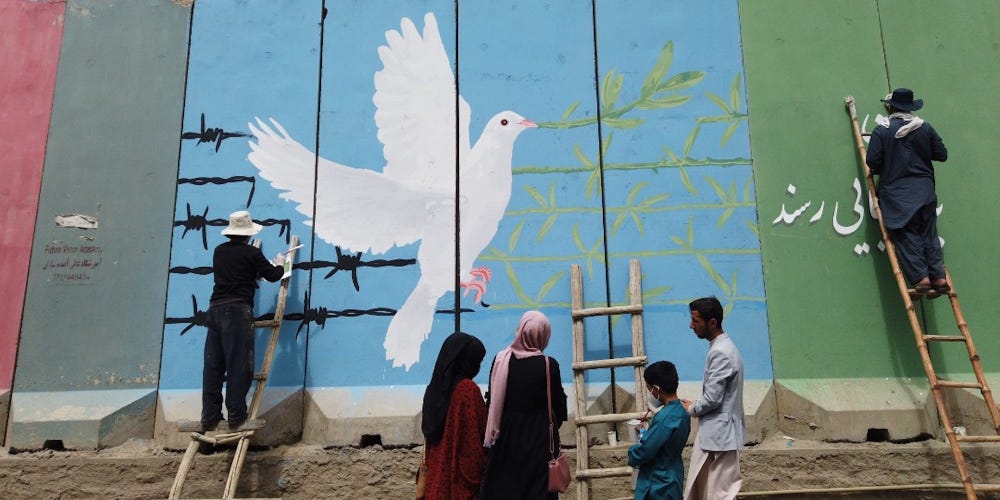 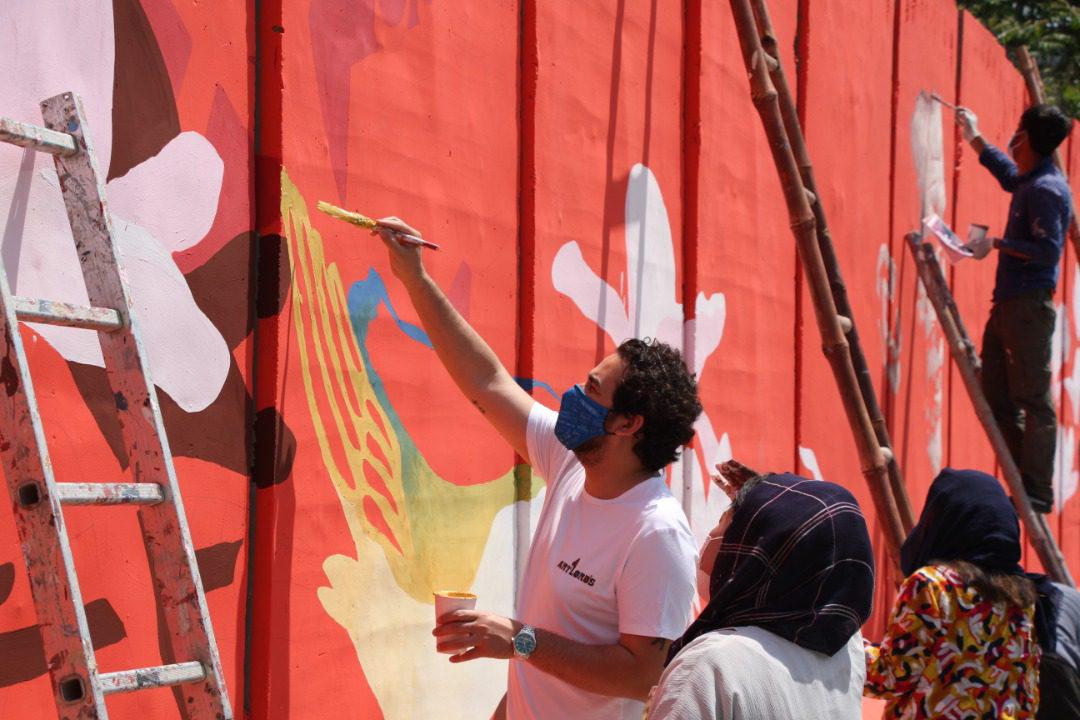 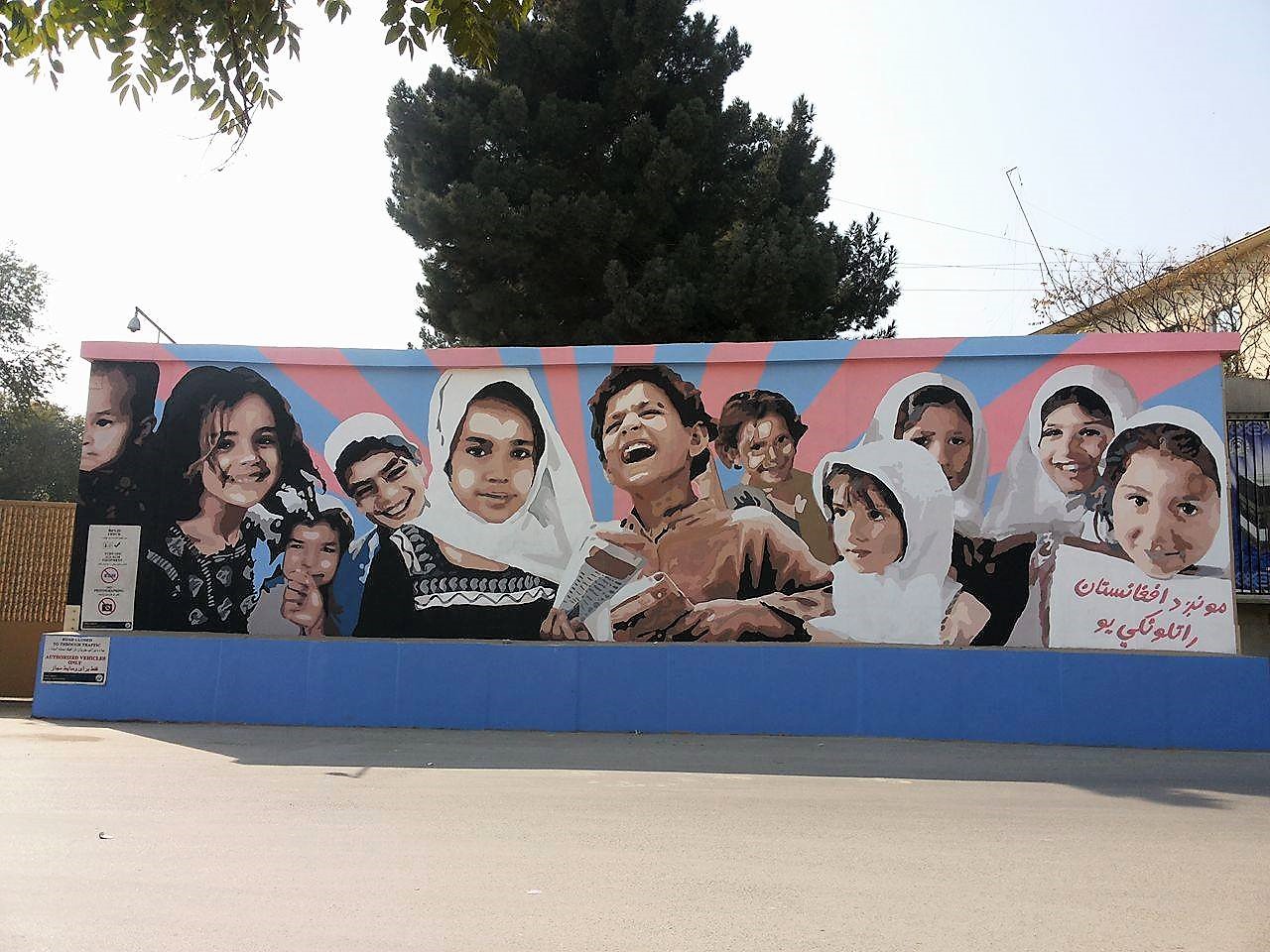 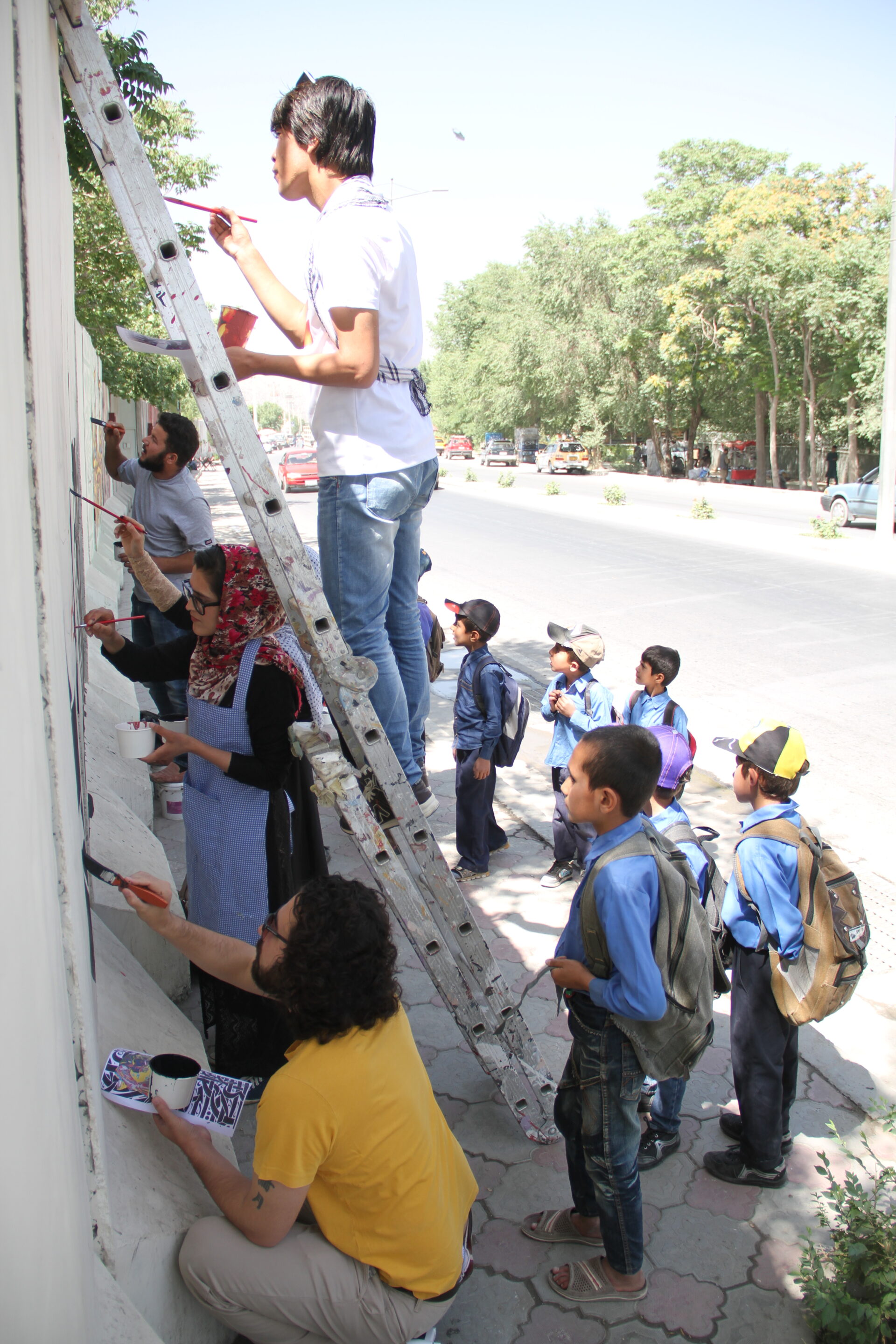 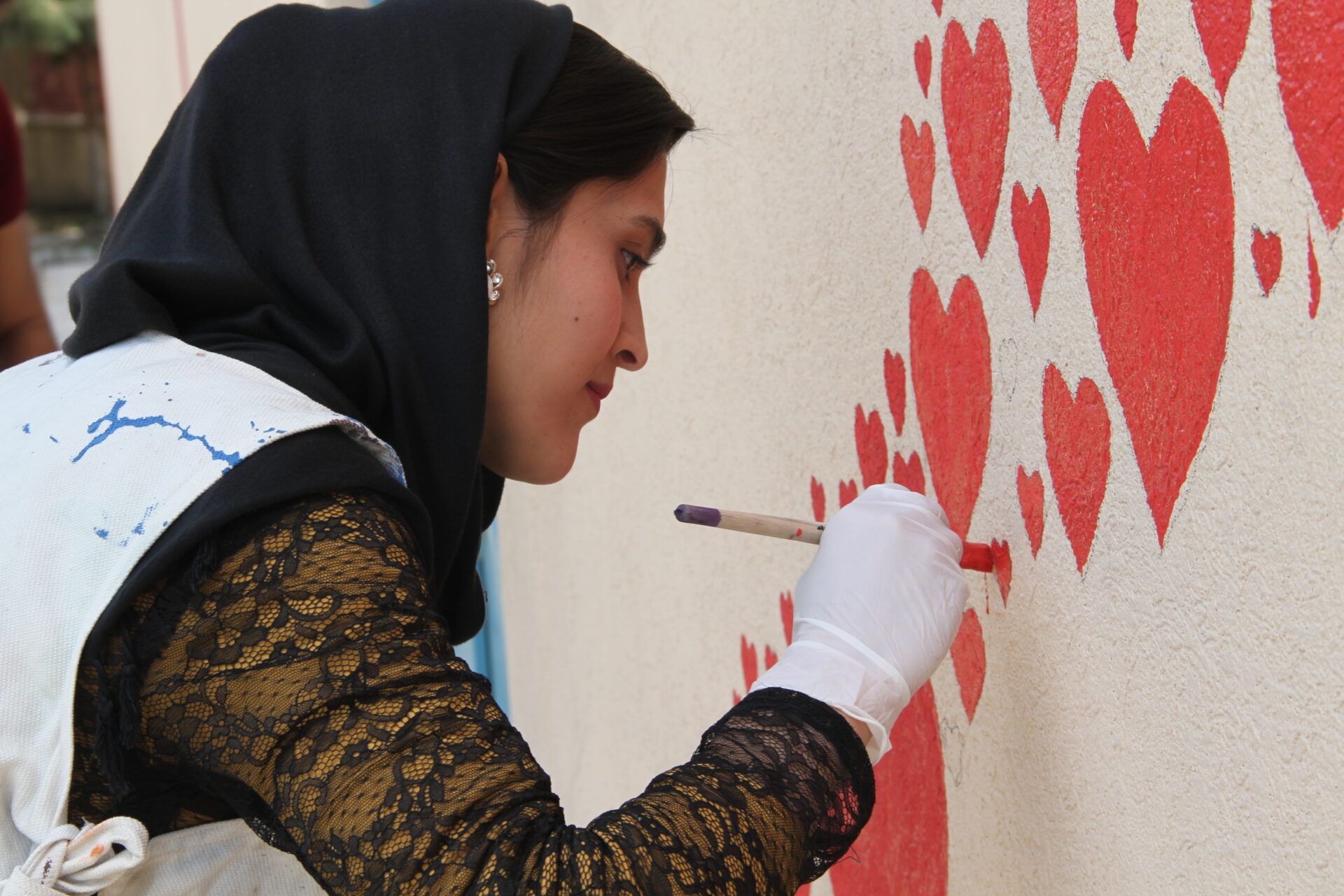 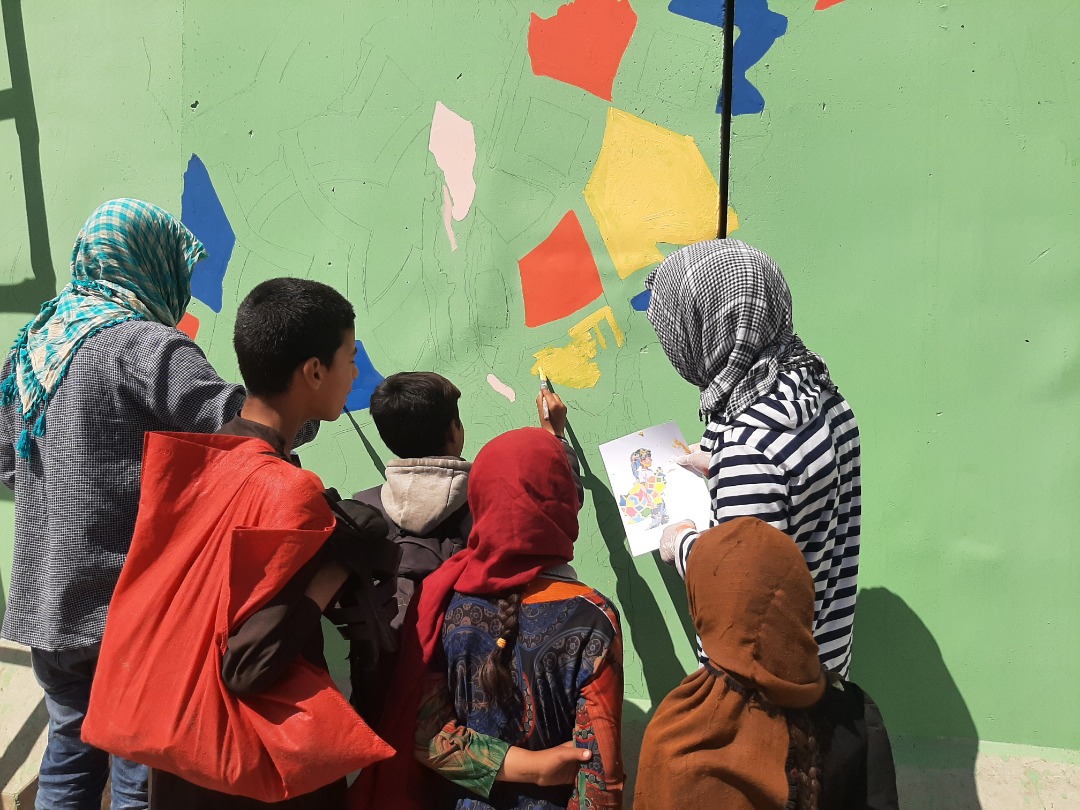 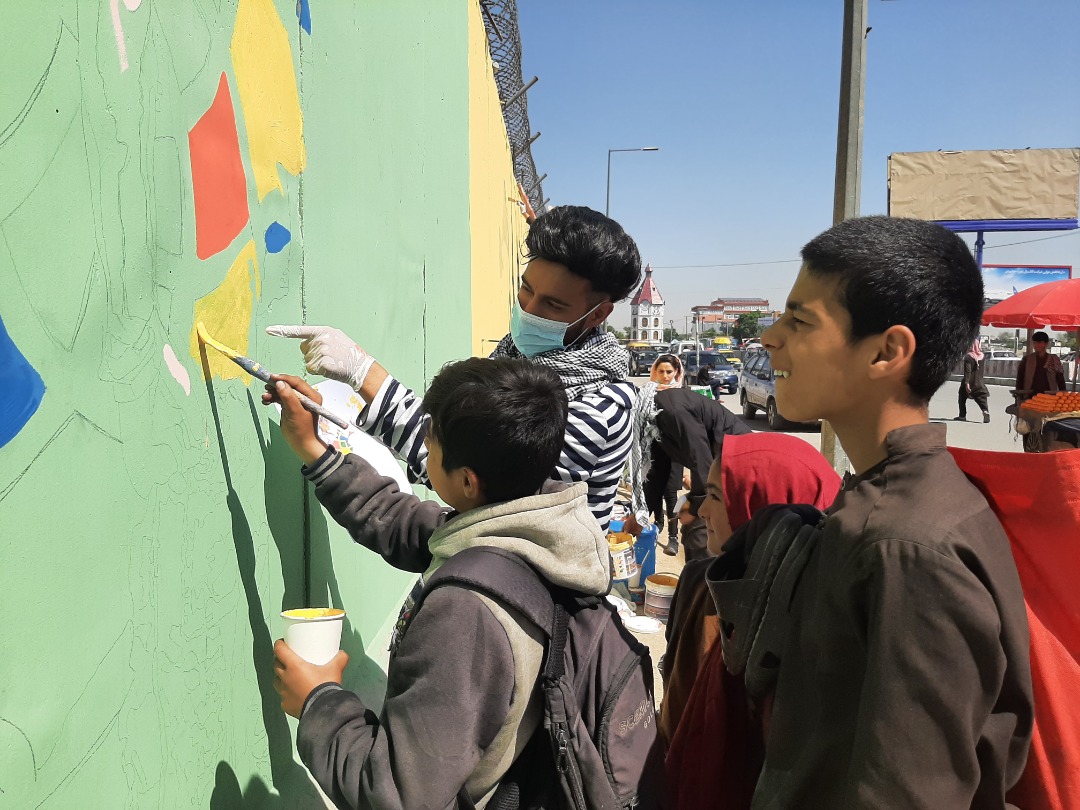 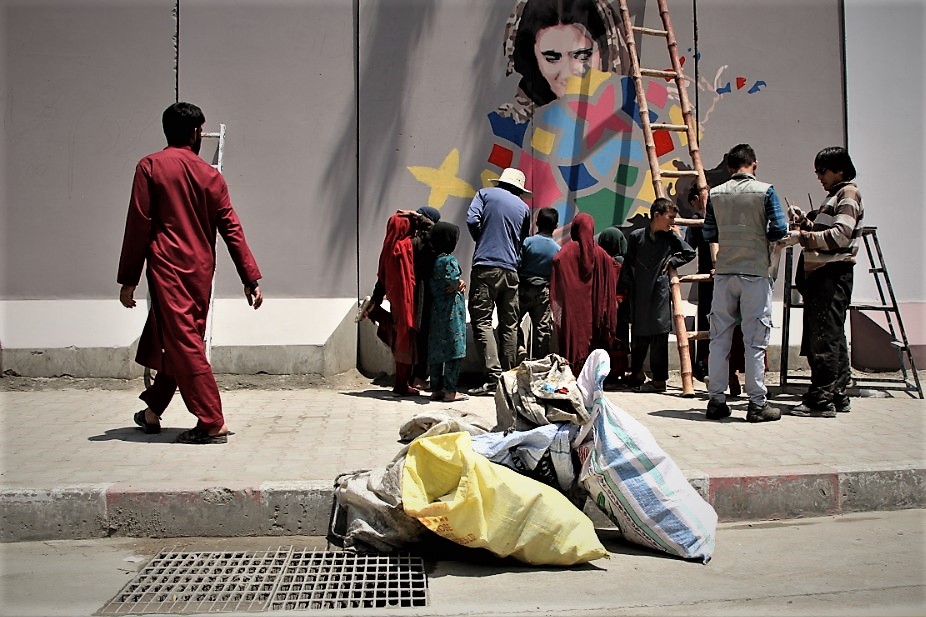 A grassroots social movement that combines art and activism, ArtLords was founded in Kabul in 2014, when ArtLords’ “artivists”—artists and civil society activists—began painting murals on the city’s bomb-blast walls. Since then, ArtLords has been using street art, theatre and community outreach to campaign for peace, social transformation and accountability across Afghanistan and around the world.

When the Taliban advanced across Afghanistan in August 2021, ArtLords kept working. On the morning of August 15th, with the Taliban at the gates of Kabul, ArtLords’ artivists picked up their brushes outside the governor’s office, painting, as always, in celebration of diversity and unity. When they saw panicked people rushing from the building, they struggled, through chaotic streets, to return to the ArtLords gallery, where they learned that Kabul had fallen.

The Taliban has painted over many of the murals, replacing them with religious poetry or pro-Taliban messages, but ArtLords’ influence is not so easily erased. With over 2,000 murals across 20 Afghan provinces, the movement has spread messages of peace, justice and inclusion throughout the country, promoting and facilitating dialogue between Afghans. While painting a mural, ArtLords’ artivists urge passersby to pick up a paintbrush and join in. They encourage Afghans from all religions, tribes and ideologies to develop the murals collaboratively and to discuss them openly. ArtLords has turned blank walls into vibrant spaces for collaboration, reflection and conversation, giving Afghanistan’s diverse communities opportunities to connect and build trust.

ArtLords has also launched an art gallery, an arts-and-culture magazine, a café and a wide range of outreach programs, including theatre and painting workshops. In partnership with Afghanistan’s Ministry of Education, ArtLords worked with 38 high schools, co-developing murals with students to spark discussion and reflection on key social issues. ArtLords’ Let’s Talk Afghanistan campaign empowers youth from diverse communities to come together to envision and work towards a democratic, inclusive future for their country.

Today, the work of ArtLords is continuing from exile. With galvanized commitment to freedom of expression and renewed belief in the transformative power of art, they are coordinating new murals in Albania, Italy and the United States (US), and have begun a campaign to start art therapy sessions for Afghan refugees in camps across various countries.

Afghanistan is a diverse country made up of numerous ethnolinguistic groups with an incredibly rich cultural history. The country was under the control of the Taliban from 1996 until the United States-led invasion in 2001. The Taliban regained control of the country in August 2021. In the intervening 20 years, Afghanistan experienced significant advancements in civil society, media, education and knowledge, along with a vibrant re-emergence of arts and culture. Violence over the past decade has impacted the lives of all Afghans, regardless of ethnicity, language or location. The effective and equitable management of Afghanistan’s rich diversity will be critical to the country’s future stability—and central to sustaining peace and prosperity in the country and the region at large.