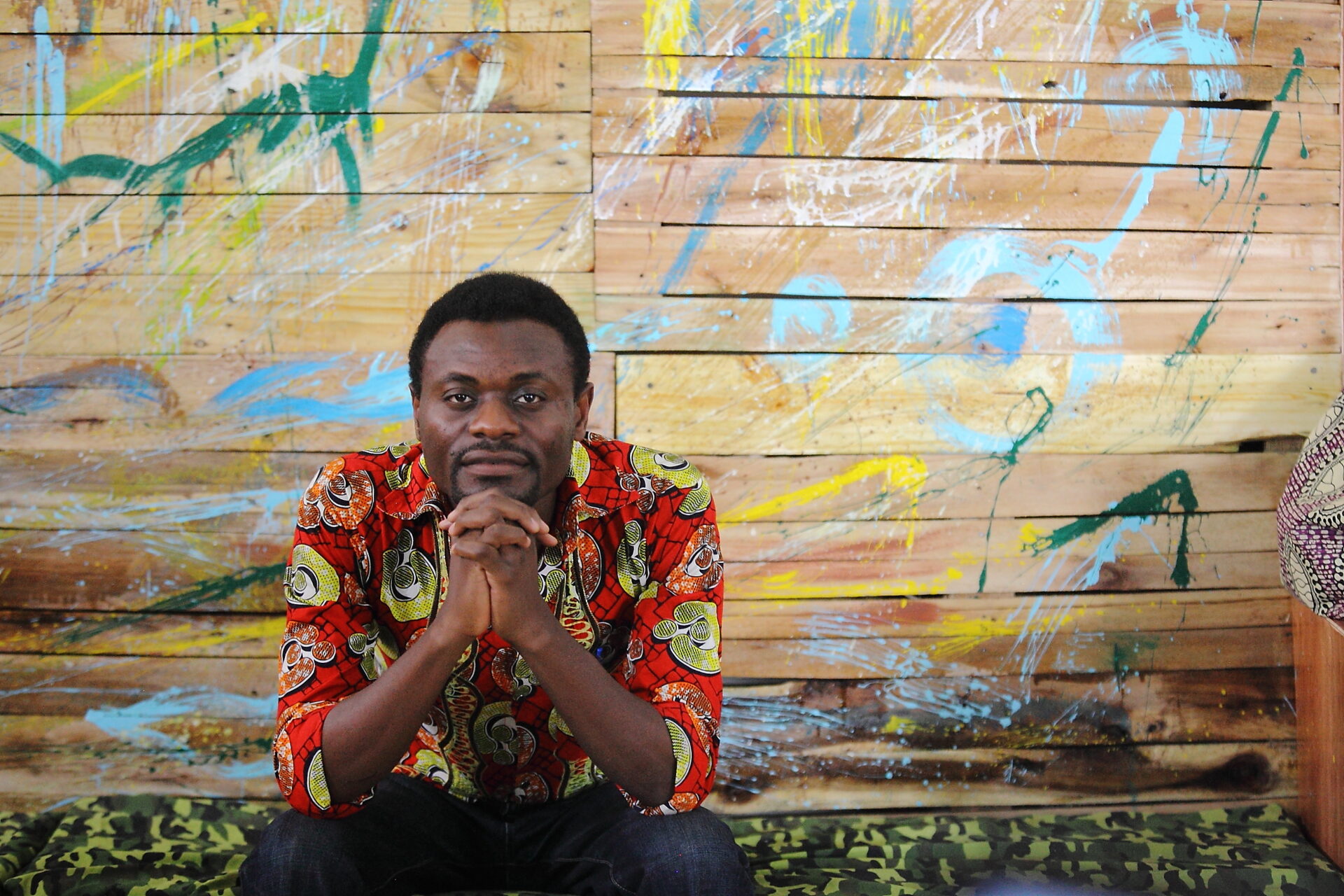 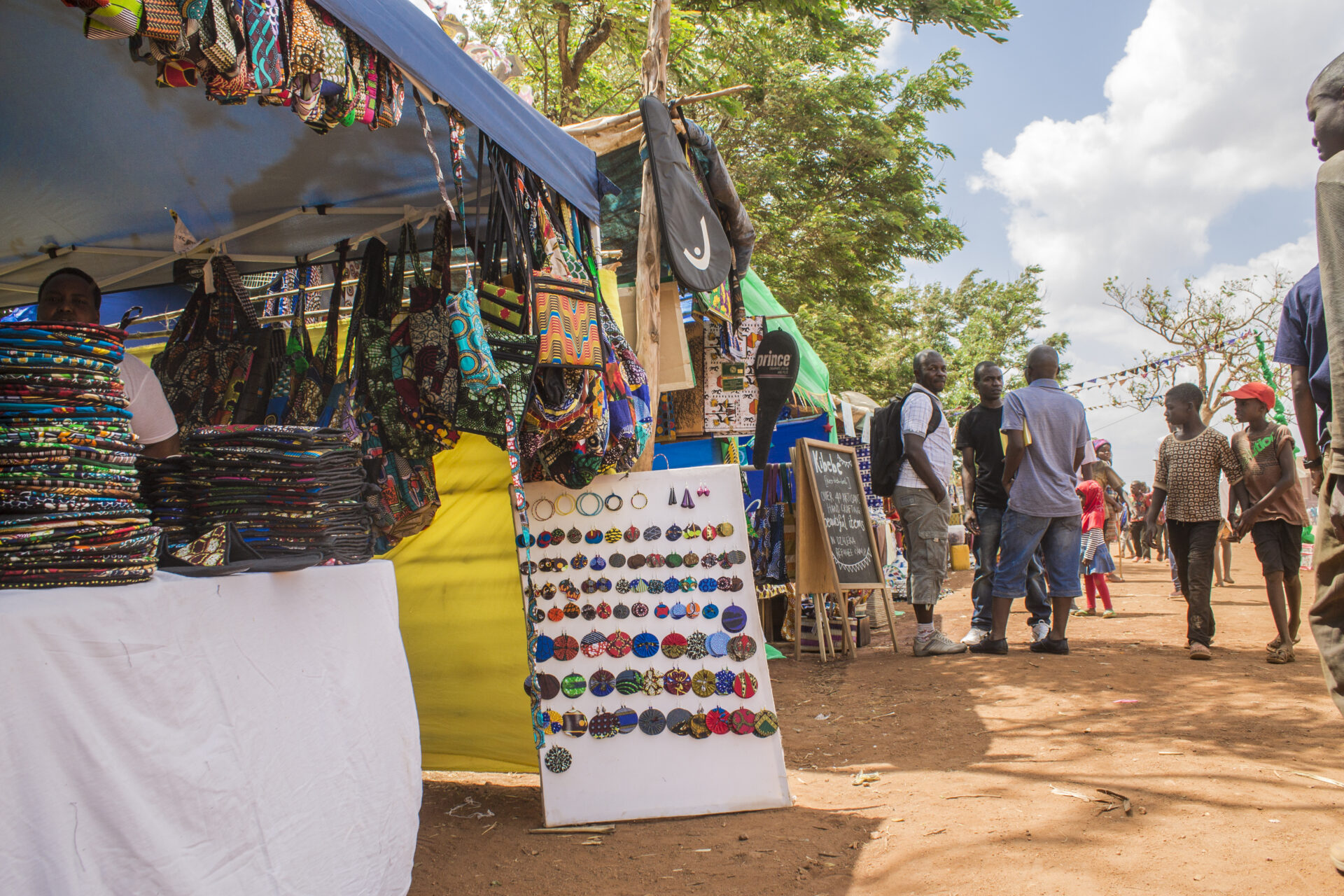 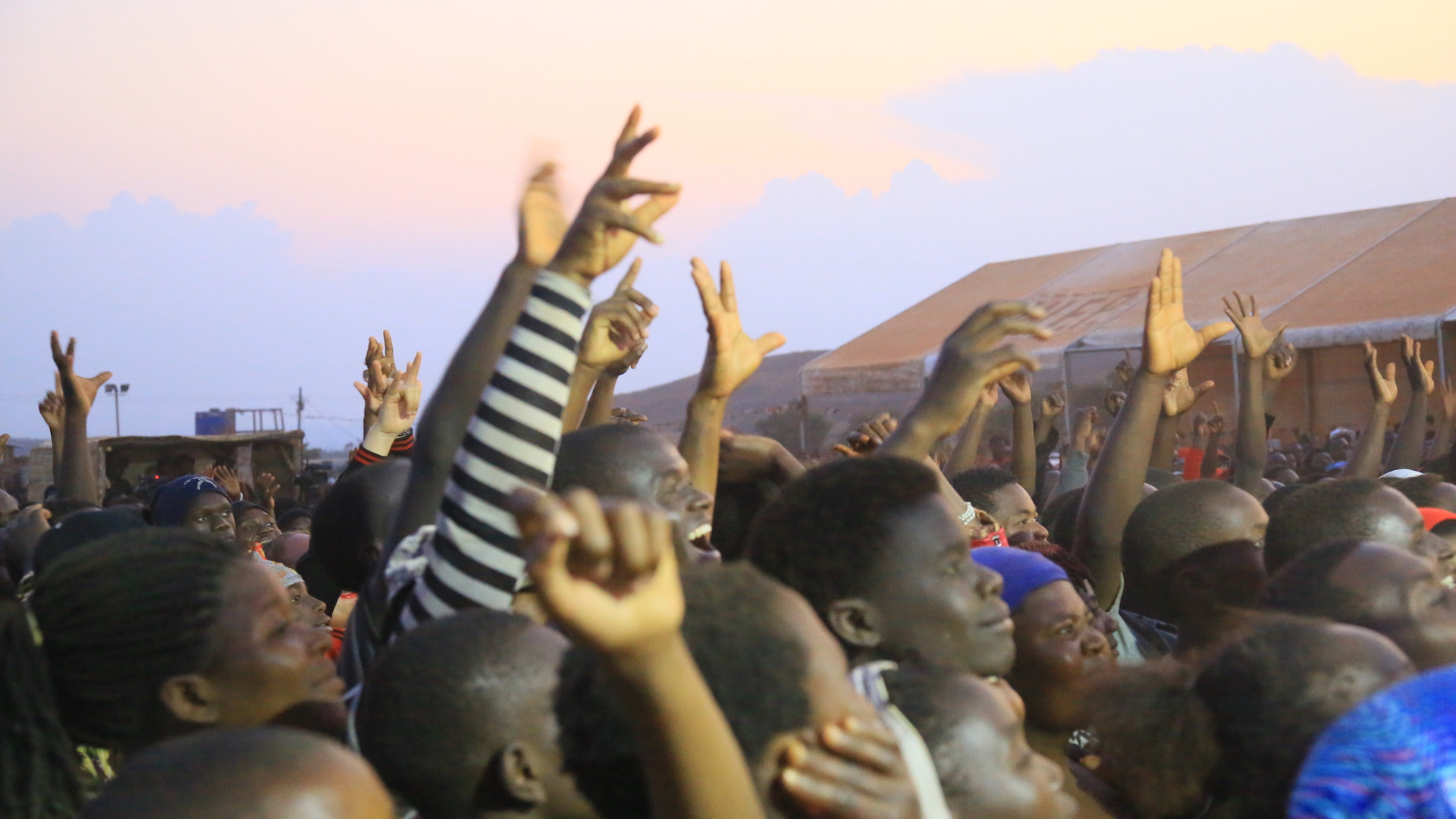 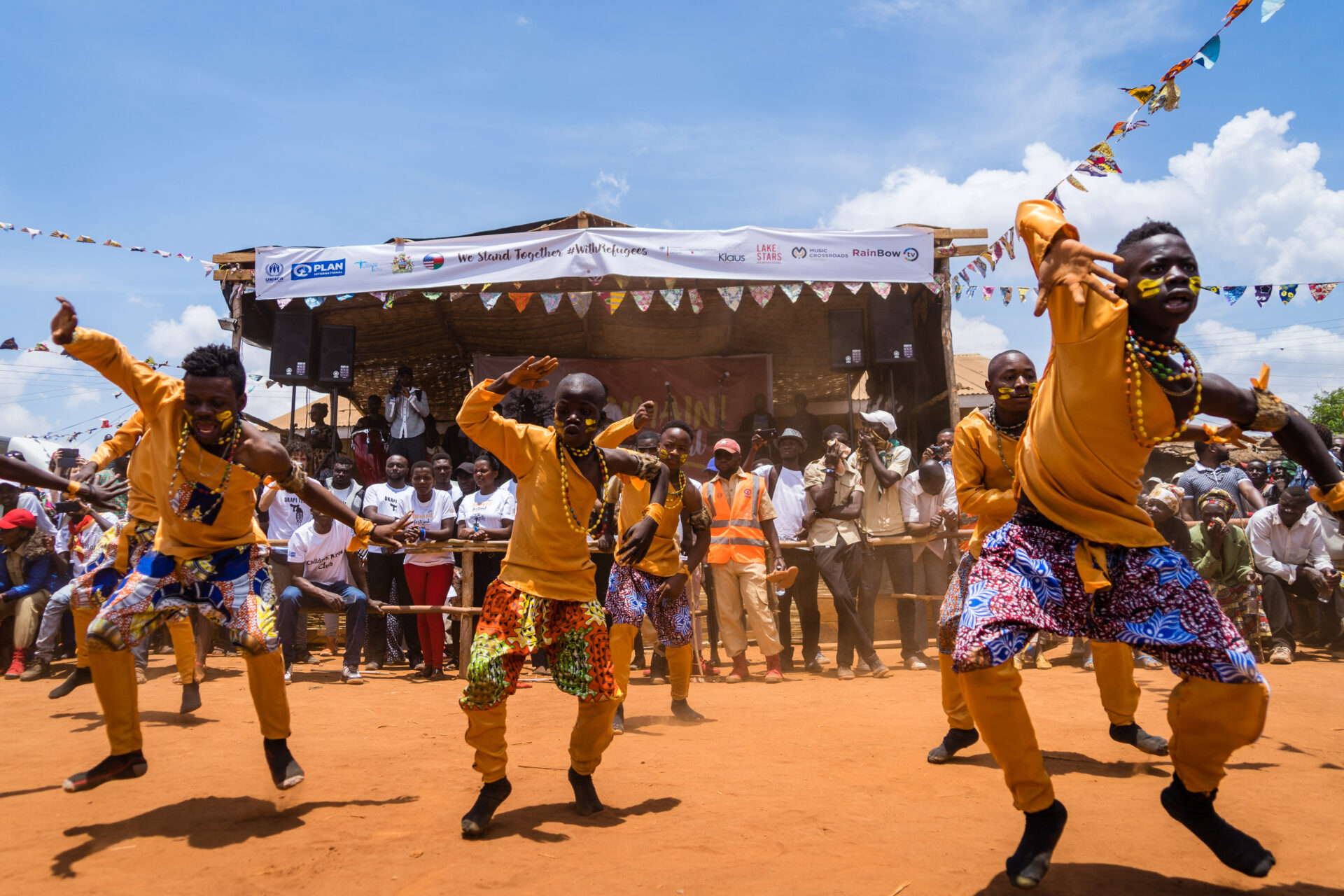 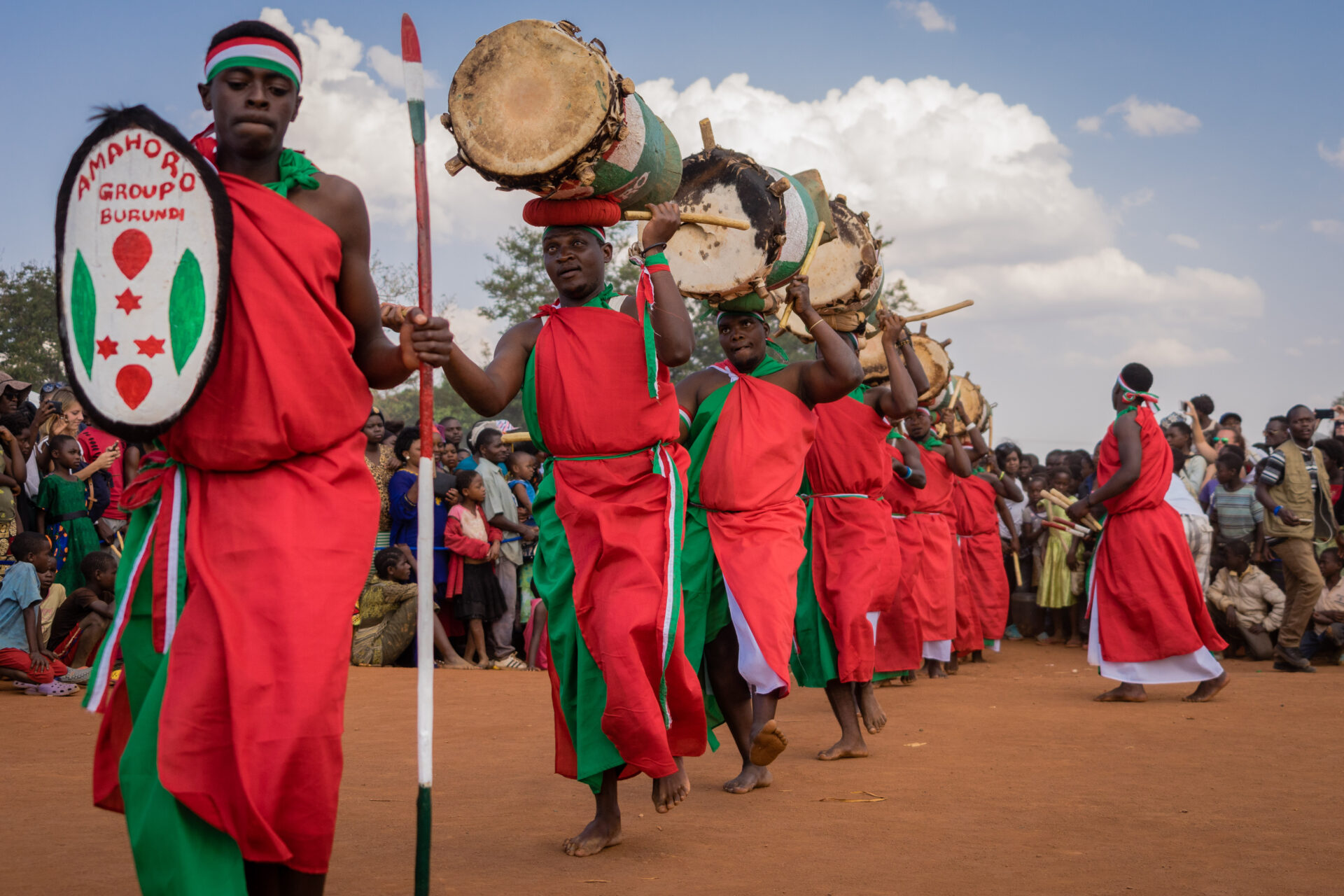 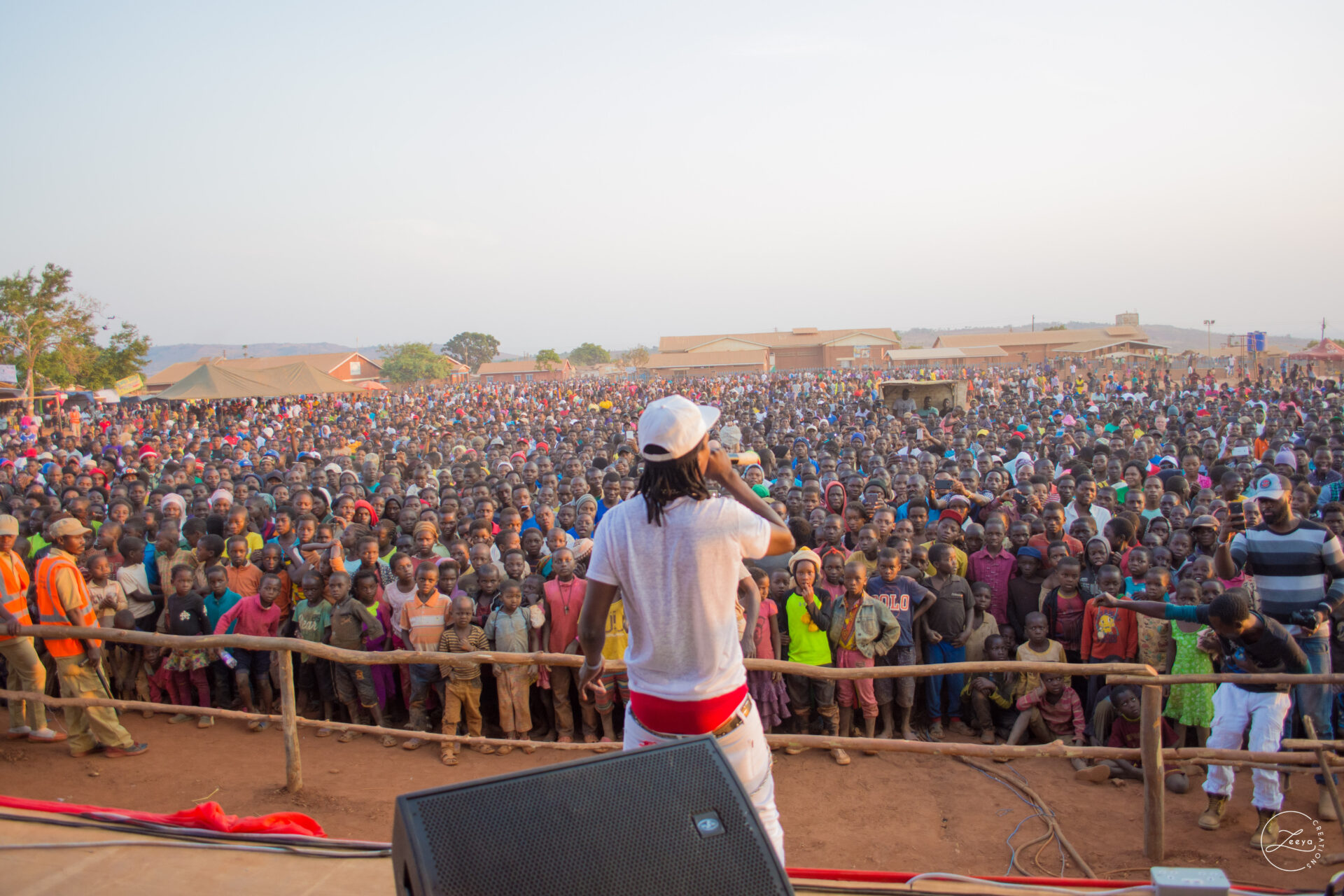 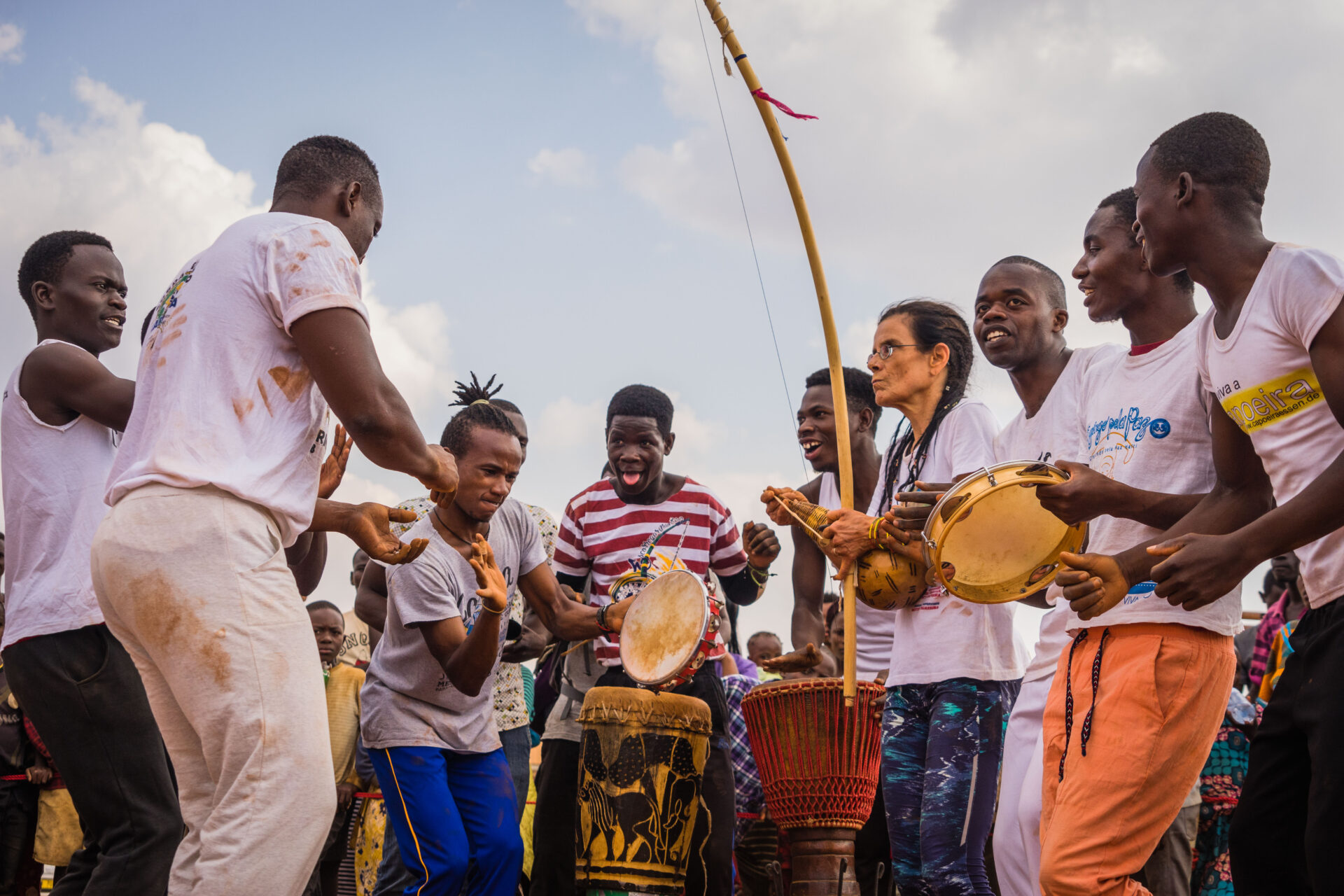 On a large stage, Congolese singer and rapper Ced Koncept plays to an enormous crowd of dancing fans. He is followed by a Malawian gospel singer, who then passes the stage to a reggae band. Up-and-coming youth performers from around the world occupy a neighbouring stage. Push your way through throngs of cheerful festival-goers and you will find other vibrant cultural presentations, from theatre productions and poetry recitals to fashion shows and craft booths. This joyful celebration of music, arts and culture is the Tumaini Festival, and it is all taking place in a refugee camp.

The Tumaini Festival is the brainchild of Trésor Nzengu Mpauni, also known by the stage name Menes la Plume, a popular Congolese hip-hop artist, writer and slam poet. Forced to flee his home country, Trésor came to Malawi as a refugee, relocating to the Dzaleka Refugee Camp. As Trésor quickly discovered, refugees face many barriers to integration in Malawi. The country’s encampment policy restricts refugees’ rights to move freely, gain employment or access education outside of the camp, leaving the population cut off from opportunities to improve their lives and contribute to their host society. Understanding that Malawians would benefit greatly from the talent and diversity he saw all around him in the camp, Trésor founded Tumaini Letu (Swahili for “Our Hope”), a non-profit organization dedicated to promoting the social, economic and cultural inclusion of refugees through arts and culture. Two years later, in 2014, Trésor organized the first Tumaini Festival as a platform for intercultural harmony, mutual understanding and peaceful co-existence between Malawi’s refugee and host communities.

Over the course of six three-day festivals, Trésor has united over 300 performers from 18 countries and attracted more than 99,000 attendees from around the world. The Tumaini Festival is not only the world’s lone music festival hosted in a refugee camp, but it has also become one of Malawi’s premier events. As the main source of revenue for Dzaleka, the festival offers employment and business opportunities for refugees before, during and after the event. In addition to performing, many refugees sell food and crafts to festival-goers or welcome them into their homes through the festival’s home-stay program.

Through his work with Tumaini Letu, Trésor has inspired a tremendous shift in societal views of refugees in Malawi and throughout the world. He has shown that a refugee camp can be a vibrant place where people gather to celebrate diversity. He has shown that when societies open their doors to refugees, they are inviting in incredible resilience, talent and opportunity.

Located about 40 km outside Lilongwe, Malawi’s capital city, the Dzaleka Refugee Camp was established by the United Nations High Commissioner for Refugees in 1994 in response to a surge of forcibly displaced people fleeing genocide and conflict in Rwanda, Burundi and the Democratic Republic of Congo. Prior to becoming a refugee camp, the Dzaleka facility was a political prison housing some 6,000 inmates. Today, Dzaleka is the only permanent refugee camp in Malawi. The camp hosts over 50,000 refugees and asylum seekers from approximately 15 nationalities, with hundreds more arriving each month. Malawi’s encampment policy bans refugees from residing outside the camp, restricting their access to tertiary education and formal employment.